Our work was interrupted with champagne, cake, songs, presents, tears, and lunch.

For the last two days the temperature has been over 30C. Today, inside the “Cave” the temperature was no cooler because there were 19 of us, rather than the usual 5-10. Most of the women started learning quilting from Angela or joined the Cave because of their quilting hobbies, and everyone came to say goodbye to Angela and share the last Cave quilting and lunch.

We started with the usual routine of showing our quilts that we made or have been working on lately. 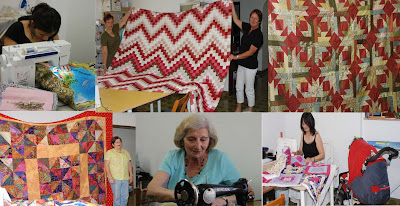 Before lunch we celebrated Therese’s birthday with champagne and we sung for her “Happy Birthday!” in English and Portuguese. She was shining today, not just because it was her birthday but because she had already finished her “Daffodils” quilt, and even brought fabrics to make “Wonky Quilt”, which she immediately cut and started to sew together. 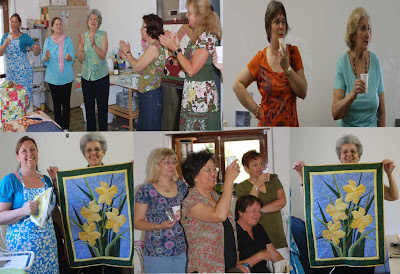 The lunch table was laden with bacalhau, salads, quiche, noodles, spring rolls, etc; it would need to be cleared a bit before the desserts could follow later.

But before that it was tears time for Angela. 24 quilt blocks were made for her, presented in a folder, all different but all in the colours of Portuguese azulejos – blue, white and yellow. Anneliese made origami star from printed Cascais map as a present for “Cave Lady”. 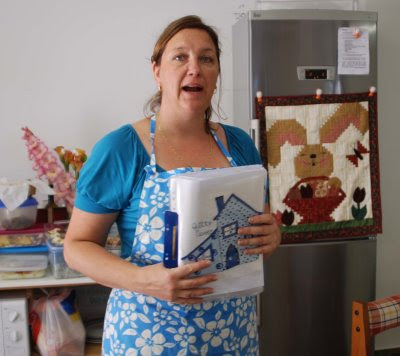 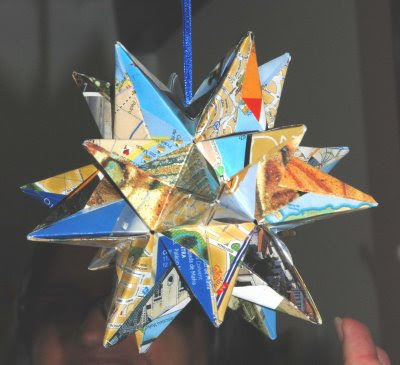 Lunch was delicious, made by eager American, German, Dutch, Portuguese, British, South African, Indonesian, Jordanian, Mongolian hands with an explosion of different flavours. Several different cakes were on offer for dessert, including a tree of cupcakes made by Anne-Marie Scherman, but for me personally Ana’s fruits dipped in chocolate remain the highlight of the meal. 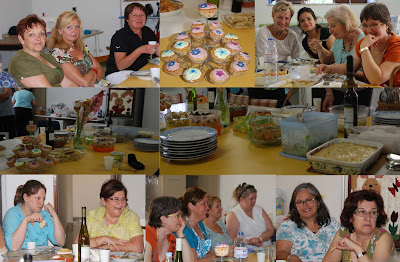 We hereby declare this Quilt Cave closed… See you next Thursday – in the Quilt Cabin!

Photo and post by Javhlan (Jackie)
Posted by Patchwork and Craft in Portugal at 9:30 PM 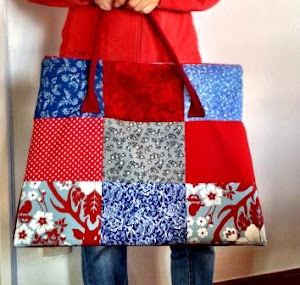 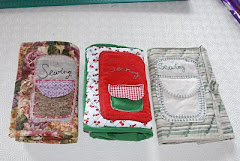 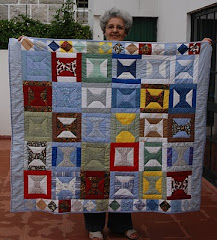 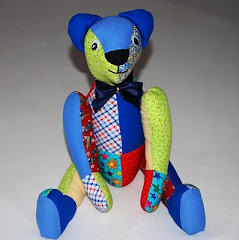 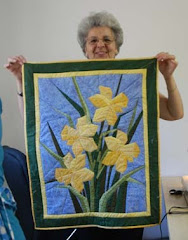 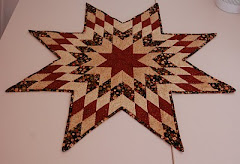 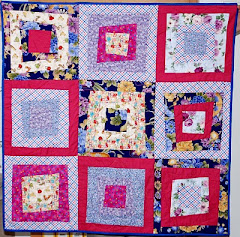 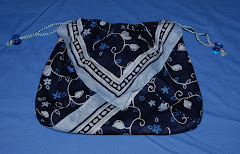 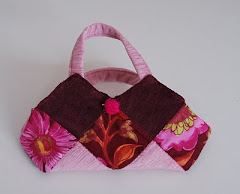 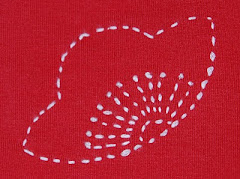 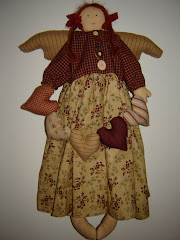 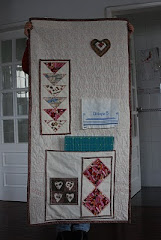 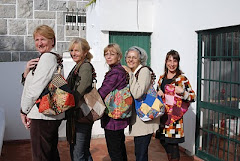 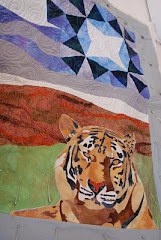 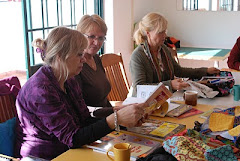 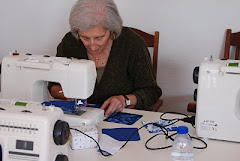